Herd mentality: it’s the human behavioural tendency to follow and confirm the actions of the larger group. You can see it everywhere in modern life. If everyone is watching Squid Game, shouldn’t you? Let’s not forget the toilet paper shortage catastrophe we saw during the first months of the pandemic. Herd mentality can also be seen in this property market.

I recently watched Squid Game. Now, if you haven’t seen it, you’ve definitely heard about it. It was a global sensation, wrapped up in childhood games, with a solid dose of horror, gore and suspense. So, why did so many of us watch it? Herd mentality.

In the property market, during the past year, we’ve seen floods of buyers flock to upgrade their homes because their friends and neighbours and colleagues were doing it, buoyed by low interest rates. Similarly, sellers followed in their neighbours footsteps and put their homes on the market to capitalise on a raging market.

Ultimately, a Herd mentality is a large number of people acting in the same manner at the same time. They can change the temperature of the property market. How?

As buyers flooded the market, the fear of missing out took over and funnelled more buyers than supply could take. This created a sense of urgency in the marketplace. Buyers wanted to lock in ultra low fixed interest rates and their slice of Australia before they could get priced out of the market.

In this quarter we are seeing another herd mentality disseminate across buying circles, one of hesitation. Constant media speculation and commentary surrounding inflation and interest rates has unsettled buyers. They are still moving, yet with less vigour.

The auction market this year started earlier and stronger than ever before. Hundreds of sellers rushed to put their homes up for sale at the quietest time of the year. Their aim was to take advantage of the remaining buyer demand and get ahead of their competition.

Sellers collectively adopted a Fear Of Missing Out (FOMO) mentality, Many lamenting that they may not get such good results if they waited until later in the year.

Through multiple lockdowns and isolations, we began rethinking what home means to us and where we want to live. CBD’s and high rise one bedroom apartments (which were once popular) were ousted and lifestyle locations took precedence.

The Lower North Shore accelerated in popularity as families upgraded their homes and expats boomeranged back to Australia. This popularity incited competition which further fuelled demand. 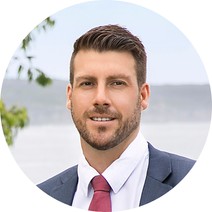