From family barbeques to coffee catch ups with friends, property will always be a talking point. Sensational headlines and fear mongering articles have created waves of uncertainty and hesitation for buyers and sellers alike. I have debunked some of the biggest myths we’ve heard across the quarter.

In the last quarter, our city withstood the omicron wave and we managed to continue operating without hesitation, achieving some great outcomes in the process. This year, there will be a myriad of factors that will impact the property market including the influx of international migration, interest rate rises and further tightening supply. But one thing that struck me recently was the volume of media commentary speculating a fall in the property market. Is it fair?

1. The party’s finished’ – the property market is going to crash

The data came in and the headlines went out. For the first time since September 2020, CoreLogic reported that housing values in Sydney dipped by 0.1 per cent. Media outlets jumped on this slight decline, reporting that the property boom was over for good.

A 0.1 per cent dip doesn’t mean that the market will crash, it is simply less hysterical than it has been. Falling prices are rare in Australia. Historically we’ve only had three years of falling prices since 1987.

As the Lower North Shore continues to be one of the most desirable places to live in Australia, we are continuing to see record breaking sales.

At the top end of the market, A-grade properties are still selling for a premium. Just recently in Willoughby a record was set for a residential home and in Mosman a recent sale (in need of a renovation) was sold for circa $33 million. These new records become benchmarks and set a precedent for the suburb and subsequent sales. This indicates that the market isn’t in some dramatic decline.

2. The property market is going through a major correction

Buyers and sellers alike have been inundated with media commentary that we are in a ‘major property market correction’.

Firstly, across the first quarter of the year there has certainly been a settling in the market as more property listings come online. Buyer urgency has also slightly declined as the city, country (and world in fact) open back up. We can’t forget that in the peak of the pandemic there was an unprecedented surge of activity. Buyers had more time on their hands, more time to scour real estate portals and more time to follow the property market closely. Competition was fierce, so buyers acted quickly and decisively.

Consequently, growth rates are slower than those we were seeing last year, however they are still positive. Is this a major market correction? According to Kent Lardner, director of Suburbtrends, select markets are still yet to reach their peak.

In the Lower North Shore market, B and C-grade properties are not selling with as much gusto as they were last year but they are still selling. Commercial and retail real estate are still performing strongly with the lack of stock fueling two to three per cent returns.

The atrocities that we are seeing in the Ukraine have undoubtedly sent economic shock waves across the world. An AMP economist suggested that this could ‘slow Australian residential property sales, increase inflationary pressure and cause a downturn in housing values of about 15 per cent.’

Yes, we are seeing inflation, however historically, Australian property markets have performed well during major economic, military and terrorist crises.

The chronic lack of supply outweighing buyer demand and the strength of the Australian economy should not be underestimated. The impact of the conflict will only become apparent over time.

4. The interest rate will rise 4 or 5 times this year

In March, the Reserve Bank of Australia held the official cash rate at a record low of 0.1 per cent for the 17th month running.

In the latest meeting, RBA governor Phil Rowe left out the word ‘patient’ in his closing statement which sent the media into a head spin. Predictions of rate rises have followed incessantly with some outlets reporting that by August next year it will be all the way up to 3.25 per cent – a level it has not been since 2012 after the mining boom.

As inflation is rising faster than we expected and we are out of the worst of pandemic lockdowns, it is not unlikely that the RBA will increase the cash rate to normalise the market. However, the market’s expectations have been blown out of proportion. There are many factors that contribute to a rate rise, including wage growth and house prices. It is something we must prepare for and follow closely. 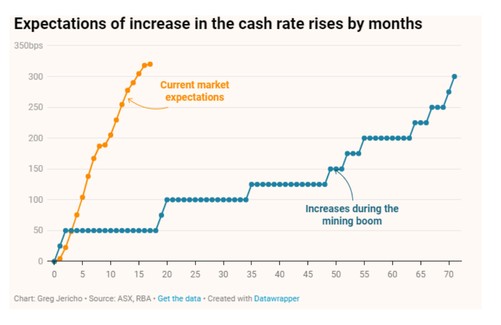 5. The rental market is set to skyrocket

Now this one I agree with. Properties that were leasing for $600 per week are now confidently being leased at $650. According to Domain’s latest Rental Vacancy Rate report, the national rental vacancy rate fell to 1 per cent in March. It is safe to say that we are now operating in a landlord’s market.

Off the back of the December quarter, in the Lower North Shore we are seeing rental prices rise by 10 per cent. As the borders reopen and residents flock back to the city, our market is primed for competition due to luxury properties, lifestyle and proximity to the CBD. 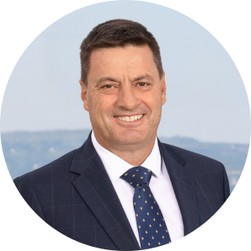